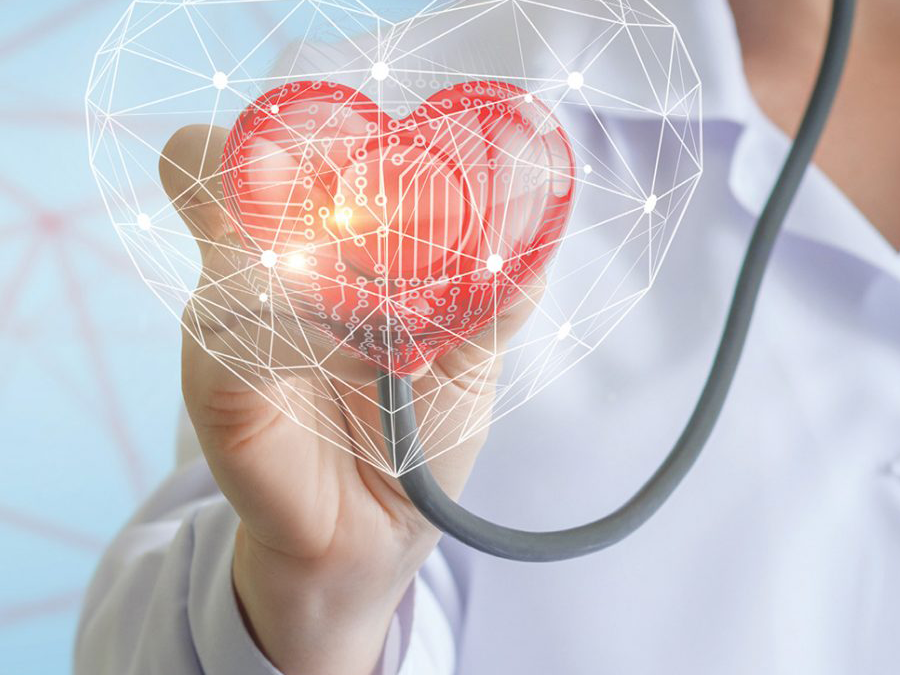 You can call Robert Love of Raymore, MO an outlier. At 63 years old, he was in the best shape of his life. In fact, he was in better shape than his three grown children, as they would willingly attest.

This retired financial analyst could run 3-4 hours without stopping, bike for 6 hours with no break, and swim a mile with no problem. His body fat was 10-12 percent. He took zero medication, not even 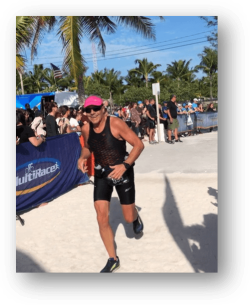 aspirin. He hasn’t touched fried food in 10 years. He never smoked, drank only an occasional beer, and never missed his annual physical in which his doctor joked that if all his patients were like Bob, he would be out of business.

With seven triathlons, a 50-mile bike tour, and a half marathon under his belt just this year, Bob was excited he had been accepted into the New York Marathon this November and was training like the champion he is – with his times improving steadily despite his age.

Until the unexpected happened this summer.

“I knew something was wrong,” Bob says. “First thing on Monday, I went to see my regular doctor. He ordered blood work and a CT scan which all came back clear, so he got me into his heart specialist, Dr. Lundgren.”

Dr. Craig Lundgren, MD, FACC, is part of the Healient Physicians Group at St. Joseph Medical Center. (A well-known name in Kansas City, Healient will move back to the hospital campus this January in a multi-million dollar renovation project for cardiac treatment.)

“Dr. Lundgren ordered a stress test after Labor Day,” Bob continues. “I went the full 21-minute distance on the treadmill with no problem, but Dr. Lundgren recognized some symptoms of QT prolongation syndrome – an electrical issue related to the heart – which concerned him. We’re waiting on results to see if I have a congenital disorder.”

Although Dr. Lundgren acknowledged that Bob had a “runner’s heart” with a resting heart rate of 45-48 bpm, he was concerned about the abnormality. Using coronary angiography, Dr. Lundgren found that three of Bob’s arteries were blocked, so he recommended bypass surgery and scheduled it the following week. During surgery, two more blocked arteries were discovered.

“Robert Love underwent a quintuple Coronary Artery Bypass Grafting Surgery (CABG) on Thursday, Sept. 12, 2019, and by noon the following Sunday he was released,” says Cardiothoracic Surgeon, John Forman, MD, FACS. “I remember telling him, ‘you’re in such great shape, let’s get you out of here.”

Bob and his wife, Cindy, say they were impressed with the care they received, taking note that Dr. Forman checked on them morning and evening without fail.

“How many doctors do you know who would come around at 7 pm on a Saturday night checking on you?” Bob asks. “Dr. Forman was so great, and the hospital staff did such an excellent job from start to finish registering me, taking care of insurance, providing a suite for my wife, plus the post-surgery and rehab. Everything was taken care of, and I couldn’t ask for anything better.”

Three weeks ago, Bob started cardiac rehabilitation at the hospital campus where he attends three times a week.

“I walk on the treadmill, ride a stationary bike, and use their Nustep machine, which is a sitting version of an elliptical,” Bob says. “It’s a great facility. They’re equipped with several nurses who take my blood pressure and monitor results.”

On his off days, Bob exercises within the guidelines prescribed but admits that he’s having to hold himself back. “I’m being cautious to not lift weights or overextend, so I’ll heal properly. But my heart and lungs feel great, and I’m looking forward to doing races again. Obviously, I had to cancel the New York Marathon this month, but they promised to secure my place and give me a rain check for next year.”

Bob acknowledges that his journey has put a new perspective on life, and he has purposed to enjoy every minute of it.

“This whole health scare took us completely by surprise, but I think the fact that I blacked out was a warning sign by the grace of God to get checked out,” Bob says. “And if I do end up having the genetic syndrome, I can’t swim, but I can still race. I mean, there’s a lot of life left to live. I’m not going to sit around and be a couch potato. I’m going to stay active. We’re going to continue to travel the country in our motor home. We’re going to continue to enjoy life because life is too short not to.”

“This remarkable patient came to us on a Thursday, was up and walking around on Friday, and discharged home on Sunday. As great of shape as he was in, had it not been for our careful and skilled physicians and their intervention, his story may not have had the happy ending he deserves.” – St. Joseph Medical Center Director of Case Management Megan Kelly, R.N., LNC